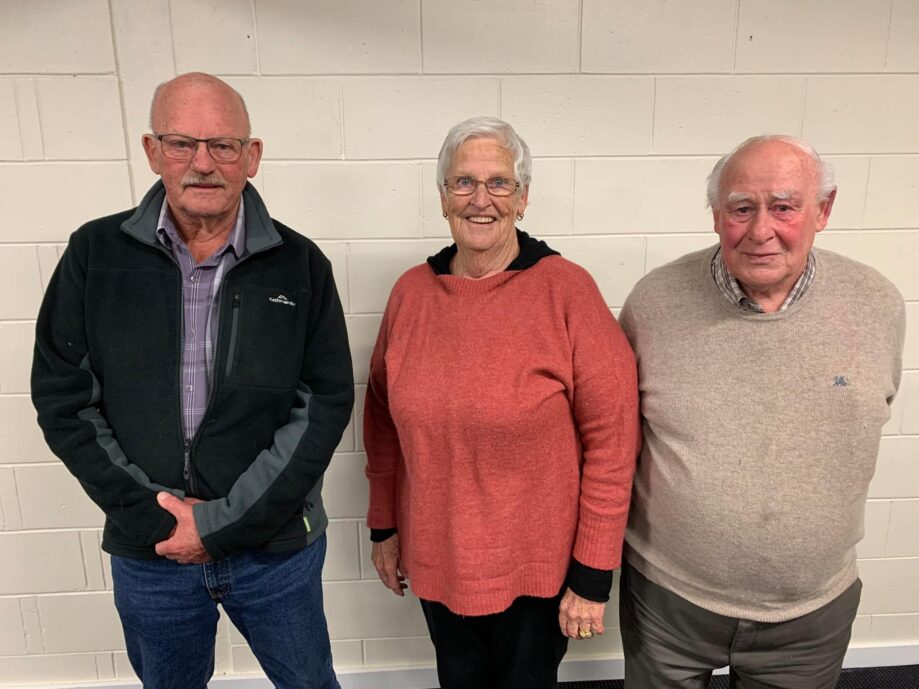 Ann Wright, Ray Hunt and Dave Rowe were all made Life Members of the Bowls Canterbury Umpires Association at their Annual General Meeting held on Monday 20 July.

The announcement took all three by surprise, and all commented that although they had been involved in sport all their lives this was the first time they had been honoured with their contribution recognised with a life membership award.

They have all been qualified umpires for over 15 years and in their acceptance speeches said they considered umpiring was a way of giving back to their sport. Dave Rowe said his father told him that if you played a sport you needed to give back, and Dave has certainly done that.

Ann and Ray have officiated internationally. Ray at the 2006 Commonwealth Games in Auckland and Ann at the 2010 Commonwealth Games in New Delhi, which she said was a highlight of her career. Both were involved in the World Championships in 2008 in Christchurch and many events held in Christchurch prior to that. Ray had the honour of marking the men’s singles final in 2008. While Ray retired from the international scene in 2015, Ann has carried on and officiated at the 2016 World Championships in Christchurch, as well as numerous international events in the build up to Worlds.

Being elected as life members will not stop this group from contributing to their sport. All three are current members of the Canterbury Umpires Association executive; Dave as Secretary and Ann as Junior Vice President. Ray is continuing to educate the next generation of umpires, a role he has been in for the last 10 years. Ann is also a Level Four ITO and a member of the New Zealand Umpires Board, with responsibility for examining new umpires from Canterbury to Southland.

All three have been involved in other sports in the past as players but it seems umpiring is in their blood, as Dave was a New Zealand qualified hockey umpire, Ann a badged badminton umpire and Ray a qualified cricket and squash official at senior level.

Fortunately we will see our new life members around our greens during the seasons to come, and all will be supporting the newly elected president Rose Murray