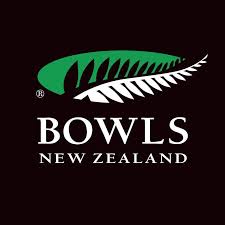 Bowls New Zealand Club of the Year – Congratulations and well done Papanui Club on being named the Bowls New Zealand 2020 Club of the Year. Last season was a busy year for the club, it not only acted as headquarters for the Bowls New Zealand Summerset Nationals in January, the Club also hosted several events for Bowls Canterbury during the season. The Club will be hosting last season’s postponed Champion of Champions Finals Weekend on 10/11 October. Not only do events like this require a massive number of volunteers on the day, the behind scenes organisation prior to any event is considerable and relies heavily on more volunteers than just those on the committee. The people in the kitchen, those behind the bar and those who keep the greens playable pristine condition are all vital cogs in the overall wheel. Congratulations to Chris and your band of helpers, all have contributed to make the Papanui Club Outdoor Bowls the stand-out club for 2020.

Bowls New Zealand Female Player of the Year – Congratulations to Katelyn Inch on being named the Bowls New Zealand 2020 Female Player of the Year. Katelyn had the best Nationals anyone could dream of earlier this year. Surely defeating Jo Edwards in the Singles final would have been a dream come true for her. Added to that, Katelyn also took out the National Pairs competition defeating another of our Canterbury Blackjacks, Tayla Bruce in the final. Katelyn is now based at the Broadbeach Club in Queensland where she continues to wow her Australian opposition.

Bowls New Zealand Male Player of the Year – Congratulations to Andrew Kelly on being named the Bowls New Zealand Male Player of 2020. Andrew also had a very successful Nationals in January. Picking up his first national title must have been a highlight and to reach the final in the pairs with Richard Hocking at that same event was an indication of his good form. Andrew has been an integral member of several successful Bowls Canterbury Men’s representative teams. Unfortunately, the team was unable to defend their title at National Intercentre earlier this year where Andrew may have had the chance to shine again.