Purchase tickets from the following links to support Bowls Canterbury. Every sale purchased from these links, $2 comes back to Bowls!

The Legacy Tour, arguably the greatest Michael Jackson experience in the world today. William Hall, who has an uncanny natural resemblance to the King of Pop, has circumnavigated the globe 5 times with The Legacy Tour, with sold out performances everywhere.

William Hall and his all American band features musicians that have worked with Michael Jackson. William takes on his persona and fills it with the magic that is Michael Jackson. His dance troupe recreates the Jackson experience featuring all the big hits from the Off The Wall years through to Thriller and Bad. The show is described as simply breathtaking, mesmerizing and incredible.

This exceptional cast recreates the soul and passion of MJ’s music – from the vocals, choreography, replica of costumes and so much more….
Michael Jackson – The Legacy Tour features all the King of Pop’s biggest hits – packed with authentic touches and flair. This is as close as it is ever going to be of experiencing a Michael Jackson concert!
If you love Michael Jackson, you can’t miss the greatest experience since the King of Pop himself. 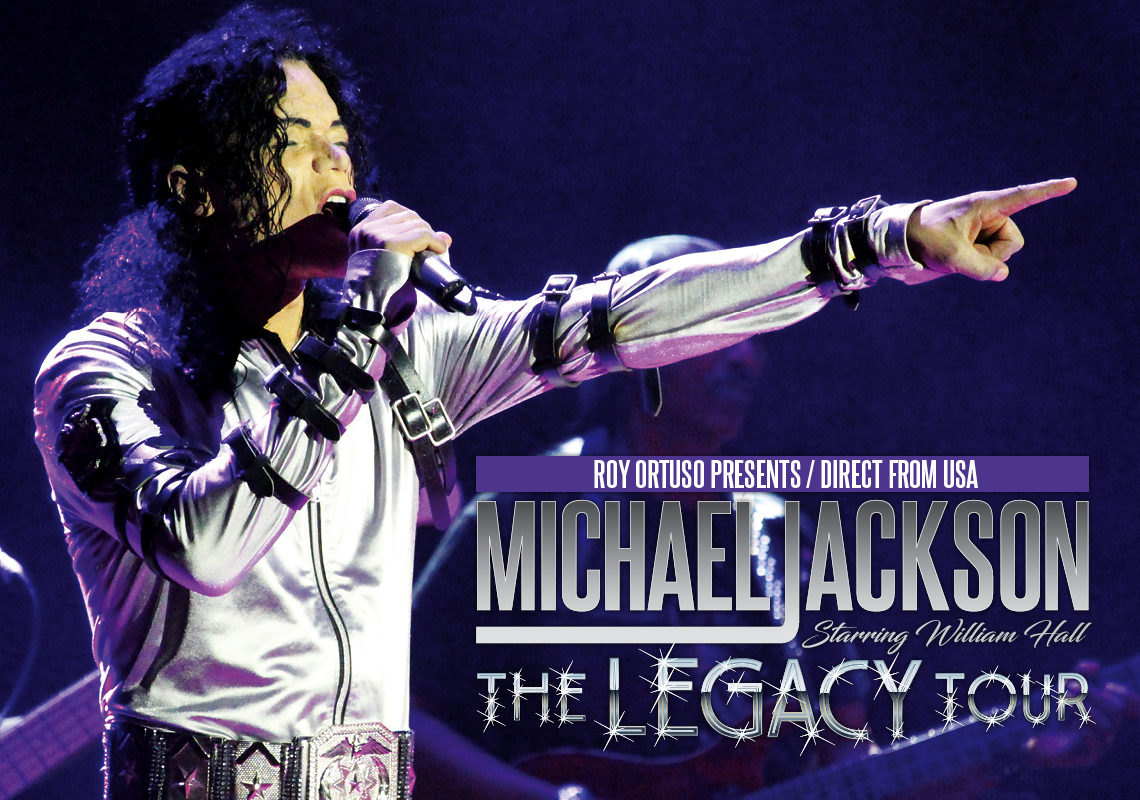