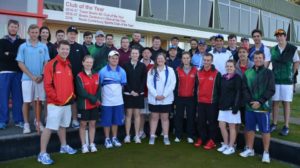 The 2018 Burnside Under 26 Singles Tournament will be held at the Burnside Bowling Club in Avonhead Road from Friday 5 October to Sunday 7 October. Thirty two players from all parts of New Zealand will gather on Burnside’s manicured greens in search of the coveted title. Representative of the cream of the country’s youth bowling talent and ranging in age from 15 to 25, the field of young women and young men compete against each other with no favours given or asked for. 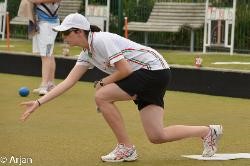 Two former winners will be among the favourites – Burnside’s Tayla Bruce (2015) and Gore’s Sheldon Bagrie-Howley (2016). They will however be under pressure from a number of other leading players.

The form of Stokes Valley’s Seamus Curtin will be followed with great interest. The 18 year old has had a stellar year starting at the 2018 National Bowls Championships in Dunedin where he reached the semi-final of the men’s Singles and the final of the Fours. Two of his team mates in the Fours Final, Bagrie-Howley and Taylor Horn, will also be at Burnside. In the very prestigious Australian Open singles played on the Gold Coast, Curtin lost in the semi-final to Ryan Bester, the Canadian superstar, who went on to win the final. He also reached the semi-final of the fours as a member of Richard Girvan’s quartet. The Aotea College Head Boy was last month deservedly named the Male 2017-2018 Development Player of the Year at the Bowls NZ Summerset Bowls Awards.

The local contingent is also strong. Tayla Bruce (Burnside) represented NZ at the 2018 Gold Coast Commonwealth Games as lead in the women’s triples and fours. She was awarded her first international cap as a Black Jack as a 19 year old against Australia in a trans-Tasman test series. The now 23 year old Roydvale Primary School teacher has a successful record at club, centre, national and international level. A winner of this event in 2015 Bruce has the experience and skill to repeat that memorable win. Another Burnside player with strong credentials for success is 22 year old Richard Hocking who was runner up to Sheldon Bagrie-Howley in 2016. Hocking was the Bowls NZ Male NZ Development Player of the Year in 2017. He has enjoyed success with the Canterbury senior men’s team and in January this year, with Mike Small, he won the prestigious Stewart Buttar Burnside Invitation Pairs. Hocking is an excellent draw player but also possesses all the shots required by a singles player. The Bassett siblings, Cait (Burnside) and Mat (Elmwood) and Liam Eathorne (Riccarton Racecourse) are all more than capable of finishing very high up the prize list. Other locals Courtney Bolger (Rangiora) and Dylan Campbell (Woolston Park) who are new to this event and Shaun Aynsley (Parklands) can expect strong support from their respective club mates.

Tournament Convenor, Kerrie Bruce, is excited with the quality of this group of young players who perform with uninhibited flair and skill. Two of the features of this event are the obvious enjoyment the players get from meeting up with each other and renewing their friendships, and the high standard of sportsmanship displayed. Kerrie is hoping that the weekend weather follows the pattern of recent weeks to avoid the unfortunate finish of last year when the finals were washed out.

Although the economic reward for the players is the prize money more important to this group is the recognition of the quality of their play by centre and national selectors. Bowls NZ has acknowledged this in sending a talent recognition official to the event. He and all spectators are in for a treat.