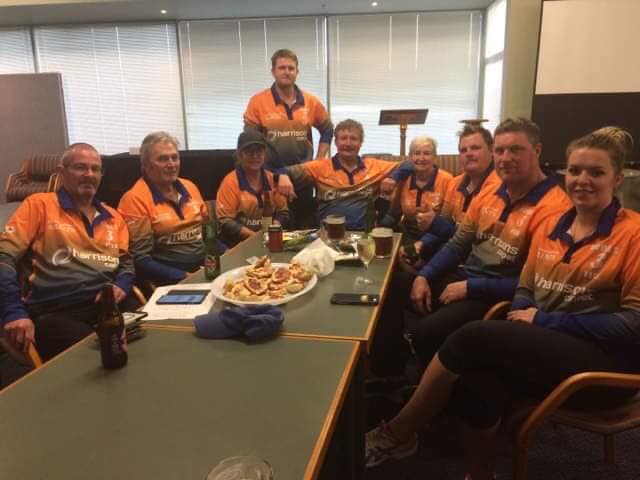 Congratulations to the Elmwood Park Bowling Club, winners of the Bowls New Zealand National Club Bowls3Five competition. The team defeated Manurewa Club 3-0 in the final at the Naenae Bowling Club over the weekend.

On the way to the final Elmwood Park defeated teams from the Blenheim Club and Manurewa but lost 2-1 to the Putaruru Club.

The side won two of the three final games 2-0 and only needed to win the tie breaker but Elmwood Park won that easily in the end.

One of the advantages of winning this event for a club was that it gave them an entry into the televised Bowls3Five.  Elmwood Park played in that event last year so already have their spot booked. The runner- up team from the Manurewa Club will now fill that spot.

This win gave Lance Pascoe his Silver Star, meaning this was his fifth national title. While the newcomer in the team, Liam Eathorne, picked up his first national title. Other members of the team were Gary Lawson, Steve Ditfort, Mandy Boyd, Jan Shirley, Kelvin Scott, Bev Morel and Nathan Glasson.

The Halswell Club Under 5’s side won their way through to the final defeating a Dunedin team from the Fairfield Club. The three players in the Halswell side were relatively inexperienced but coach Paul Matheson said they had worked really hard to make sure they were prepared for the event. Unfortunately, the team of Sonya Butler, Paul Avis and Bernie Blackmun were unable to pick up any medals, but the chance to play at this level will not be lost on them.