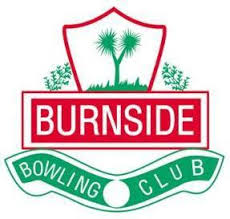 The Burnside Bowling Club will once again host some of Australia’s and New Zealand’s finest bowling talent in this years event being held this weekend.

The prestigious $11,200 tournament which has Bayleys as its major sponsor is without question one of New Zealand’s premier club events.

This years field includes four of Australia’s top bowlers and an equally talented number of New Zealanders. Australia is sending two mens teams and two womens teams, all of which have very strong credentials. Leading their mens selection will be Aaron Wilson and Corey Wedlock.  Aaron Wilson has two world titles and is the current Commonwealth mens singles champion while Corey was the Gold Nuggets winner last year. The other mens team of Jayden Christie and Carl Healey is from their development squad while the women have two very well performed players in Rebecca van Asch and Linsey Clarke, both with world titles and well performed up and comers in Genevieve Delves and Bolivia Millerick.

Play begins at 8.30am on Friday and goes through until finals on Sunday afternoon and the Burnside Club invites any interested spectators to come along throughout the event free of charge to witness what is sure to be an outstanding three days of bowls.

The event will be live streamed form 11 am Saturday through to the final on Sunday afternoon.